A versatile and exuberant MC/host

As a highly regarded radio presenter, David Nash is known for his exuberant and bubbly personality. Currently, he works at 104.5 Triple M radio in Brisbane, dominating the ratings.

Previously, David’s voice has been heard heating up crowds for the Gold Coast Suns and Western Bulldogs, as well as introducing boxing heavyweights into the ring for Australian Wrestling League, Melbourne City Wrestling, and at the Olympic pathway boxing events in Cairns.

David is a reliable and versatile MC/host. Boasting experience hosting events loaded with sensitive topics, including for Beyond Blue events, David provides a warm platform to ensure everyone feels comfortable.

David was able to introduce the acts, the headline act and coordinate the Q&A all while keeping the audience entertained and involved.

His fluency, attention to detail and ability to perform his role under were second to none. 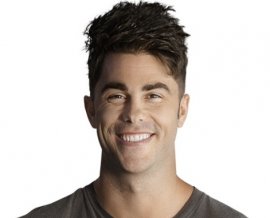