Darren McMullen is one of Australia’s most beloved hosts and personalities. As a comedian, host, producer, actor and radio presenter, Darren is a feature on all forms of media.

In 2011, Darren was snatched up by NBC, hosting the American summer dating show ‘Love in the Wild’. A year later, Darren debuted on UK screens as host of the popular Saturday night live entertainment show, 'The Magicians'.

Darren has since gone on to host 'The Voice Australia', Nine Network’s reality vocal competition that searches’ for Australia’s best voice. 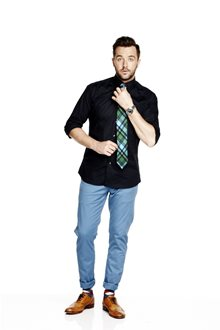