An award-winning journalist in AFL media

As an award-winning journalist, Damian Barrett is known for being the best news breaker in AFL media. He is also a highly respected and sought-after MC and panellist.

With a career in journalism spanning over three decades, Damian has filled a variety of roles, including sports journalist and broadcaster, as well as senior reporting and commentary roles. He has worked in all forms of media, in particular newspapers and television. For his work, Damian has been the recipient of many awards including the Alf Brown Trophy, a Quill award and been a Walkley finalist on multiple occasions.

Damian also worked as a key member of Triple M radio’s AFL broadcasts, and co-hosts the podcast ‘The Sounding Board’ alongside Craig Hutchison.

Encompassing a variety of talents and journalistic skills, Damian is a fantastic addition to any event. 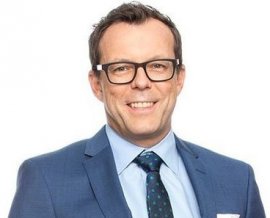