Dale Vine is a landscaper by trade, with a loveable personality that has made him a firm favourite with all Australians. Winning over fans after appearing on ‘The Block’ in 2012, Dale was known for his fun character and sharp wit.

First beginning on the show with his wife in 2012, Dale came back to the competition a year later, stepping in to help a friend out after his original partner fell ill.

In 2014, Dale became a regular panellist on Go!’s new show ‘ManSpace’. He has since appeared on lifestyle shows ‘Postcards’, and ‘Getaway’.

With an easy-going personality, Dan is a popular choice for appearances, MC roles and keynote presentations. 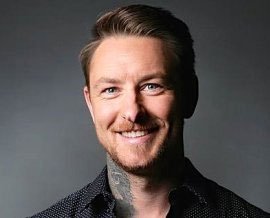