As an Australian writer and comedian, Craig Reucassel is best known for his work on The Chaser, as well as his declared ‘War on Waste’. Fast-paced and intelligent, Craig is an effective and in-demand MC, facilitator and host.

Alongside several friends, Craig founded The Chaser newspaper in 1999, which ultimately lead to numerous Chaser programs featuring on the ABC, including 'The Election Chaser', 'CNNNN', 'The Chaser's War on Everything', 'Yes We Canberra' and 'The Hamster Wheel'.

In 2017, Craig declared ‘The War on Waste’ and opened up Australia’s eyes to the effect waste has on all aspects of life.

Craig has also co-hosted several radio shows, as well as performed in David Williamson's ‘Jack of Hearts’ and Tim Firth's ‘Neville's Island’ at The Ensemble. 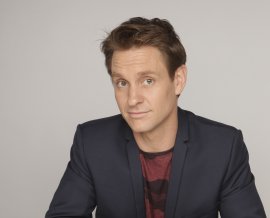