Beverley O’Connor has in excess of twenty years experience as a journalist and broadcaster.  Currently presenting on ABC News 24, O’Connor delivers the nightly news and interview program, “The World”.

As an MC, Beverley will deliver an inspirational energy and unique viewpoint to your event.  Her warmth and honesty will captivate your audience.

Reporting for ABC Television and Radio, O’Connor specialised in politics and economics.  She utilised these skills when hosting the local 7pm News and ABC News Breakfast.  Combining her interest in sport with her skills as a journalist, O’Connor hosted ABC’s Saturday Afternoon Sport and anchored on Network Seven.

Serving seven years as Vice President in a nine year stint at the Melbourne Football Club, Beverley became the first ever female director.

Beverley O’Connor is an Australia Day Ambassador and is a Life Governor of the Drug and Alcohol Foundation. Beverley is also an avid supporter and campaigner for the BCNA, promoting breast cancer awareness. 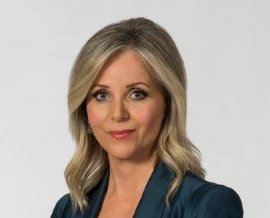