Having worked as the National Resources Reporter for ABC Rural Radio and Online for the last 4 years, Babs McHugh is passionate about sharing and spreading knowledge. She has worked with the ABC for almost two decades, during which she has held many different positions including news journalist, rural reporter, national resources reporter, program presenter and producer and acting manager and executive producer on various programs.

After graduating from the WA Academy of Performing Arts, Babs joined the ABC as a Resources Reporter in the 1990’s. It was during this time that she immersed herself in the LNG and iron ore business and presented many stories on the happenings occurring in the industry. Babs was instrumental in creating a permanent resources position as well as moving the national position to Perth, where many mining decision miners are based.

With a family history in mining, combined with her love and passion for reporting, it was no surprise that she entered the field she did. Babs’ on-ground experience coupled with her professionalism has made her a highly respected Resources Reporter by both her peers and leaders in the mining industry.

Babs’ work has been broadcast across the nation, including on the ABC, Local Radio, Radio National, News Radio, Radio Australia, The Country Hour and Online. She has also won an award for excellence in Regional reporting and the AMEC Electronic Media Award.

As a speaker or MC, Babs is able to relate to and interact with any audience she is with. She is professional and known for her sense of humour and quick wit, making her an ideal interviewer or facilitator for any event. 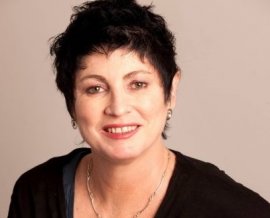