A sporting media favourite with a resume of work in television, radio and print

As a sporting media favourite, Andrew Maher holds incredible knowledge of sport and has been featured across television, radio and print. Recalling sporting stories, Andrew is described as a highly entertaining and engaging guest speaker and MC.

Beginning his career calling Marcellin College’s football games from the side-lines, Andrew has since worked in sports for over two decades. He has been host of Channel Ten’s popular AFL panel show ‘Before the Game’, as well as hosted international cricket and golf tournaments.

With a warm and charming personality, Andrew is an in-demand speaker and MC. 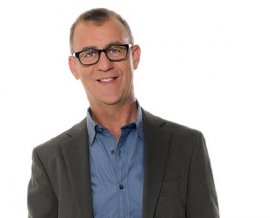