Amanda Keller is a beloved Australian personality who can be found co-hosting ‘Jonesy and Amanda in the Morning’ on WSFM and hosting ‘The Living Room’ on Network Ten, alongside Chris Brown, Barry Du Bois and Miguel Maestre. She is co-hosted the 2019 season of Network Ten's 'Dancing with the Stars'.

Beginning her television career, she worked as a producer’s assistant on Simon Townsend’s ‘Wonder World’. Within a week, she was promoted as the program’s head researched and has never looked back since.

Although Amanda could be found on many television screens, it wasn’t until ‘Beyond 2000’ came round that she became a household name. Working on the program saw Amanda travel across the globe, reporting on important information.

For her incredible journalism skills, Amanda has won many awards including a United Nations Media Peace Award and the Michael Daley Award for Science Journalism, both in 1989

With a unique sense of humour and quick wit, Amanda’s skills were quickly shared by Andrew Denton on the Seven Network’s ‘Denton’. She and Andrew went on to work together on one of the country’s leading breakfast radio shows on Triple M for five years.

Amanda has been seen in many television programs including ‘Swift and Shift Couriers’, ‘Housos’, ‘Spicks and Speck’ and ‘Good News Week’. She also competed in ‘Dancing with the Stars’, traced her family tree on ‘Who Do You Think You Are?’ and was team captain of the Baby Boomers on ‘Talkin’ ‘Bout Your Generation’.

A hilarious addition to any event or conference, Amanda can step in as MC and host, ensuring audiences maintain interest and are engaged at your event. 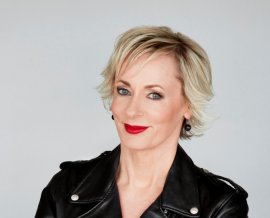