An outstanding mentor committed to diversity in the workplace

After 36 years’ service in the Australian Public Service, Stephen Brady ended his career as Australia’s Ambassador to France. During his time, Stephen worked as ambassador to twelve European countries, chief of staff to two Governors and Senior Adviser to Prime Minister John Howard.

As a keen observer of global affairs and politics, Stephen’s ability to act with discretion, insight and alacrity in challenging environments has seen him gain the trust of presidents, prime ministers and monarchs. He is known for his ability to speak truth to power.

In 1998, Stephen was the first Ambassador from anywhere in the world in a same-sex relationship to be officially recognised and received by other states.

Stephen’s work has included negotiating an extradition treaty to deal with war crimes committed during the holocaust in World War II, negotiating for Australia’s engagement with NATO and the Dutch Armed Forces in Uruzgan Province, as well as negotiating with the French Government on Australia’s purchase of 12 submarines.

With a strong reputation for outstanding mentoring and encouraging diversity in the workplace, Stephen has continuously supported individuals in making meaningful differences in both their personal and professional lives.

As a naturally engaging and straightforward speaker, Stephen uses his experience to illustrate the challenges of our time, making the complex understandable. 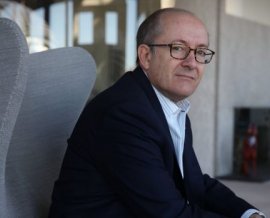