A 20-year veteran of the US Navy SEALs, two White House administrations, and senior executive roles in the private sector, Mike Hayes translates the lessons he has learned to help organizations develop stronger leaders and improve their bottom line.  Hayes has led and learned from many crises, from his service in the SEALs throughout South America, Europe, the Middle East and Central Asia, including the conflicts in Bosnia, Kosovo, Iraq and Afghanistan, to national issues in the White House Situation Room, or to sensitive corporate strategy in the boardroom.

Hayes’ last job in the Navy was the Commanding Officer of SEAL Team TWO, which included ten months as the Commander of a 2,000 person Special Operations Task Force in southeastern Afghanistan.  A White House Fellow (‘08/’09), he served two years as Director, Defense Policy and Strategy at the National Security Council. In the Bush Administration, Hayes was responsible for the START Treaty, where he produced a new proposed START Treaty and conducted negotiations with the Russians in Moscow. In the Obama administration, Hayes led the White House response to President Obama’s first major foreign policy showdown — the hijacking of the Maersk Alabama off the coast of Somalia.  Prior to the White House Fellowship, Hayes served as the Deputy Commander for all Special Operations in Anbar Province, Iraq.

In the private sector, Hayes served in Chief of Staff to the CEO and Chief Operating Officer roles at Bridgewater Associates, the world’s largest and most successful hedge fund with over $160B under management. Hayes currently serves as Senior Vice President and Head of Strategic Operations at Cognizant Technology, a 280,000 person global IT services firm with revenues of ~$17B and a market cap of ~$40B, and is responsible for a $1.5B financial services sector P&L.

In customized presentations, Hayes pulls out the overarching lessons he has learned to discuss topics such as leadership, how organizational design ties to outcomes, the essentials for decision making under duress, how cultures are a determinant of winning, crisis management, dealing with adversity, conflict resolution, communication, motivation, focused execution, workforce optimization, setting strategy, enhancing innovation, and personal and organizational impact. Drawing on examples from his illustrious career, he shares leadership principles such as teaching individuals how to think rather than what to think, how a leader’s job isn’t to make the best decision but rather to make sure the best decision gets made, and how comfort with discomfort is a key tenet of high performance individuals and organizations.

Hayes has spoken at the White House, Harvard, and Goldman Sachs alongside President Bill Clinton and former Secretary of State Condoleezza Rice.  A Navy SEAL Commanding Officer overseas, a former leader in the National Security Council, and an experienced senior leader in the private sector, Hayes is a unique speaker whose leadership principles are sure to resonate with any audience.

Hayes is on the boards of Immuta, a data governance company, and the National Medal of Honor Museum. He holds an M.A. in Public Policy from Harvard’s J.F.K. School of Government and received his B.A. from Holy Cross College, where he was an active Big Brother. His military decorations include the Bronze Star for valor in combat in Iraq, a Bronze Star for Afghanistan, and the Defense Superior Service Medal from the White House. Hayes’ work has been published by the RAND Corporation, he is a lifetime member of the Council on Foreign Relations, is fluent in German and Spanish, and enjoys mentoring others to success.

Inside Decision Making, Risk & Training
Mike’s decades of experiences as a leader in the SEALs yielded “hundreds of once-in-a-lifetime” experiences, developed and tested his principles, and enabled tremendous success. Examining the principles around decision-making, risk, and training can help any organization generate new ideas, renewed focus, or refinement of current approaches. Mike tailors all of his topics by listening to and understanding the goals, problems, and opportunities of an organization.
Leading High Performance Teams
Mike has successfully led teams in the most complex and difficult of circumstances, and has extracted over two decades of proven “lessons learned” from the SEALs and two White House administrations. Mike is passionate about sharing those lessons, discusses his approach to leading high performance teams. This topic can be tailored based on specific organizational issues and is perfect for anyone who wants to learn how leaders in other high performance organizations deliver results, handle challenges, make hard decisions with imperfect information, build solid teams, create and sustain a culture, and lead their people to achieve more than they knew possible.
The High Performance Individual
Excellent organizations know they are never excellent enough. The same is true for individuals-excellent individuals constantly pursue increased excellence. This pursuit distinguishes high performance, successful people and organizations from the rest. Leaders who know they are only as good as their people and strengthen their people’s individual performance are consistently the most successful. Mike has many lessons to strengthen the individual, which subsequently strengthens the entire organization. Mike’s lessons are universally applicable, provoke significant thought, and leave an audience stimulated, challenged, and eager to “try them on” in both professional and personal situations. 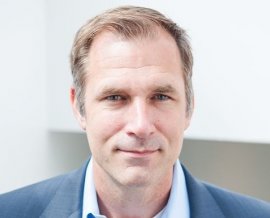