She’s had over 18 years of coaching experience in the WAFL, AFL and AFLW, and has had a huge impact on the development of both the football world and the game itself. Michelle was 21 when she became the first woman to coach professional AFL football when she was appointed assistant coach of the West Perth Football Club in the WAFL. Her role at West Perth resulted subsequently with three-years at The South-Fremantle Football Club as their resident midfield coach.

Michelle soon took on a dual role at Melbourne Football Club as the Senior Coach of their Women’s Team and Development Coach for the Men’s team before being appointed by The Fremantle Football Club to be the coach of their AFLW team from 2016 through to 2018.

In 2019, Michelle was appointed as Assistant Coach of the West Coast Eagles’ AFLW team and in 2021 was offered the opportunity to become Head of Operations & Player Wellbeing for the team. Michelle was awarded the AFL Football Woman of the Year in 2013. In 2014, she was announced as AFL DSR Coach of the Year.

Michelle’s extraordinary achievements are a tribute to her character. She has paved a path for footballers of the future and has set a precedent in the football world, evolving the game for good. Michelle is eager to share her story and seeks to instil her own determination and vigour in her audiences.

A truly empowering speaker and personality.

Match Fit
Michelle draws on the parallels between business and sport.
Team Dynamics
Discover the effects of Leadership, Culture, Giving and Receiving Feedback.
The Journey
Michelle shares her personal story of perseverance and passion. 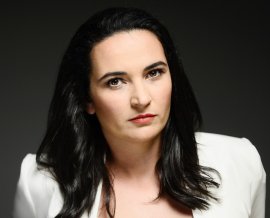