Cameron Schwab was appointed CEO of the famous Richmond Football Club at age 24, the youngest in the history of the game. He then spent the next 25 years as the CEO of three AFL clubs, the second longest serving CEO in the modern game.

After cutting his teeth as a recruiter at the Melbourne Football Club when the Demons made the finals for the first time in 23 years, Cameron was appointed CEO of the famous Richmond Football Club at age 24, the youngest in the history of the game.

For most of the next 25 years, he was CEO of Richmond, Melbourne and Fremantle, when those clubs were at their lowest ebb, both on and off the field. He is the second longest serving CEO in the modern game.

Having taken on some of the sport’s most difficult and daunting challenges, Cameron established a track record of building teams and organisations, unifying groups while navigating periods of genuine adversity and complexity.

He is a legacy-focused leader who has bounced back from setbacks, taking on the sport’s most challenging leadership roles.

Cameron holds an MBA and Master of Marketing from the Melbourne Business School. He has also completed the Advanced Management Program (AMP) at the Harvard Business School and is a Vincent Fairfax Fellow of the Centre of Ethical Leadership at University of Melbourne. He received his Coaching Certification from the Columbia Business School in New York.

His articles on sport and leadership have been published in The Age newspaper.

As a speaker, Cameron holds vast leadership experience and has a unique capability to engage with any audience. He shares honest personal stories and real-life experiences, delving into the deep challenges he has faced as a leader, navigating change and building trust in teams and organisations over the past 30 years. Cameron provides audiences with practical, useful tools and frameworks he has developed from his many challenging leadership experiences.

Being Brave: The Authentic, Vulnerable and Courageous Leader
As a leader, you are both the observer and observed. It can be hard to escape the cycle of feeling unsure and weakness. Cameron models his Being Brave mantra which is a seven step process to help audiences find answers, rebuild confidence and be the leaders they aspire to be
Leadership is About the Example You Set and the Culture You Create
Cameron articulates four core leadership habits which are immediately executable, to create the behaviours and culture to lead with authenticity and achieve high performance outcomes
Leveling Up: What Business Can Learn From Professional Team Sport
Enabling leaders to establish performance accountability, Cameron explains a seven step process to help people consistently set high expectations of themselves and to do the right thing even when it is hard
The Score Takes Care of Itself: Aligning Purpose and Performance
Cameron delivers a game changing framework that aligns purpose and performance, and discusses its relation to the complex mix of culture, strategy, leadership and decision making judgement 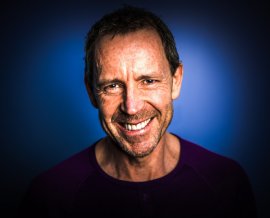