One of Australia’s most recognisable political leaders

The Honourable Bob Carr is one of Australia’s most recognisable political leaders and is best known for elevating relations between Australia and China. He was the Foreign Minister of Australia under the Gillard/Rudd government and for over 10 years he was Premier of New South Wales, the longest continuously serving Premier in New South Wales history.

Carr served as NSW Minister for Planning and Environment between 1984 and 1988. During his decade as Premier of NSW between 1995 and 2005, Carr’s government introduced a greenhouse gas reduction scheme, which was listed by the World Bank as the world’s first carbon trading scheme. His government headed new standards in water and energy for new housing (BASIX); implemented controls over broad-acre land clearing that were instrumental in Australia reaching its Kyoto targets; introduced reforms in water and energy, and wastewater; and significantly increased the proportion of NSW occupied by national parks, with 350 new parks based on reform of the state’s forestry system. Carr subsequently received the World Conservation Union International Parks Merit Award for his services to conservation. He was a member of the International Task Force on Climate Change convened by UK Prime Minister Tony Blair and in 2003 was made a life member of the Wilderness Society.

Bob Carr is uniquely qualified to speak on how international developments can shape your business and about the phenomenon of China. Bob Carr offers a humorous and enlightened account of what it's like to be a member of the Foreign Minister's club, to shape opinion, and to win and lose arguments in world forums.

Carr’s distinct experience in politics qualifies him to speak on how your business can be shaped by international developments and about the progression of China. He offers a chamring and rich account of his career as a distinguished politician and the trials and tribulations of competition at world forums and in the upper and lower houses of parliament.

Carr has received the Fulbright Distinguished Fellow Award Scholarship. He has served as Honorary Scholar of the Australian American Leadership Dialogue. Carr is the author of several books:  Thoughtlines (2002), What Australia Means to Me (2003), My Reading Life (2008), Diary of a Foreign Minister (2014) and Run For Your Life (2018).

Bob Carr serves on the Board of Dymocks Children's Charity; is a Director of The Lysicrates Foundation and a Committee Member of the UNSW Matraville Education Program Advisory Council.   One of Australia's most popular and respected political leaders, Bob Carr made his political reputation through public speaking.

Bob Carr is widely recognised as one of Australia’s best orators, capable of delivering rich insights with wit and authority.

America's Future
How Its Strengths and Weaknesses Affect Your Business
Australia’s relations with China
Achieving a more strategic partnership
Global Warming
The Most Serious Challenge of our Time
Greenhouse, Terrorism and Proliferation
Imagining Catastrophe
Leadership
An Australian Looks at the Careers of Lincoln and FDR
Lessons For Today
From the World's Greatest Leaders
Lessons from the Presidents
The 10 Decisions Australia Got Right
The Australia of 1942 and the Fall of Singapore
The Case for Medical Research
The Roman Empire
Its Lessons for Us
The Terrorist Threat
How to Survive as a Business in the New climate 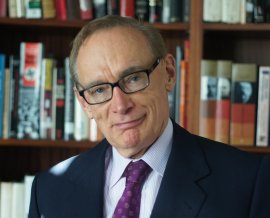