Adam Smith is as tireless campaigner for children and youth.  He is committed to improving the public school system in Australia and has been prolific in his quest to attain private and philanthropic funding to support his cause.  In 2004, Smith represented Australia as Youth Ambassador to the UN.  Adam has worked tirelessly for the Coalition for the Homeless in New York and was a senior advocate for children and young people at the United Nations General Assembly.

As former CEO for Education Foundation Australia, Adam is one of Australia’s youngest CEO’s. Smith was named Young Executive of the Year by BOSS Magazine in 2009.

Specialising in corporate social responsibility, innovation, leadership and education reform, Adam is a relentless advocator and consultant.  Smith is a Board Member for the Australian Council for Educational Research (ACER), a regular contributor to the Australian Financial Review and a regular on “The Panel” appearing as an Educational Analyst.

As a renowned advocate, Adam’s current clients include the Royal Children’s Hospital, the Bill and Melinda Gates Foundation, Koshland Innovation Fund, Australian Council for Educational Leaders and the Australian Institute for Teaching and School Leadership. 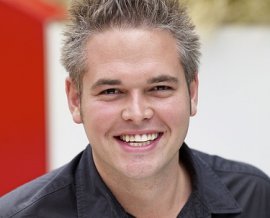