Involved in the United Nations’ Global Goals for Sustainable Development

Caterina Sullivan is a young sustainability professional specialising in the United Nations’ Global Goals for Sustainable Development. Caterina has worked on the Global Goals for the past three years in Australia, New York and London, looking to further progress towards the achievement of the goals in Australia and by Australia by 2030.

Caterina founded Strategic Sustainability Consultants in which she engages with business and government in creating sustainability commitments and strategies. In her work, Caterina does not only look at helping companies and organisations become more sustainable but also to improve their business practices to help their own bottom line. Caterina also works with young people to help them create positive social change by engaging in leadership and mentoring events and seminars through another of her businesses, GNX Leaders. 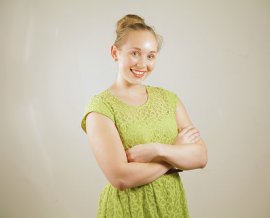