A professional, entertaining and engaging speaker

Beginning her career in television at a young age, Sofie Formica has been paving her own way in the television industry. With appearances on ‘Wombat’, ‘Saturday Disney’, ‘Now You See It’, ‘Just Kidding’, ‘Home and Away’ and ‘The Great Outdoors’, Sofie’s presence has been felt across Australia.

Moving to LA in 1995, Sofie worked as a reporter on ‘Extra’, where she interviewed many Hollywood celebrities including Bruce Willis, Meg Ryan, Nicole Kidman, the cast of Friends, as well as many more stars.

With her profile rising in America, Sofie was hand-picked by Oprah Winfrey herself and appeared in the 13 part series ‘Oprah Goes Online’.

Returning to Australia, Sofie has since graced TVs across the nation on ‘The Great South East’, as well as started her own family.

As a professional and entertaining MC, Sofie is easy-going and delight to work with. 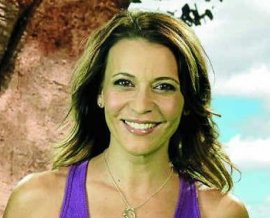