Bestselling author and founder of the I Quit Sugar movement

Sarah Wilson is a multi-New York Times bestselling and #1 Amazon bestselling author, former journalist, philanthropist and founder of IQuitSUgar.com, Australia’s largest digital wellness site. Her latest book, 'Simplicious Flow', is the world’s first zero-waste cookbook. Her international bestseller 'first, we make the beast beautiful', a reframing of anxiety and bipolar disease as a philosophical and spiritual journey, sees her travel extensively talking to our collective need to dive deeper into what matters in life. She ranks as one of the top 200 most influential authors in the world (2017 and 2018).

Sarah currently creates charity projects, which she funds with all profits from the I Quit Sugar business, to assist both those in need and our desire to combat creeping individualism. She is also a foster care and vocal anti-consumerist.

Sarah had her first business at 12 and got her start in journalism redesigning the restaurant pages of a News Corp magazine on work experience. At 24 she was also News Corp’s youngest opinion columnist. Five years later she was appointed Cosmopolitan editor before hosting the first season of MasterChef in 2009, the most watched season of any show in Australian history.

In her mid-30s, however, Sarah was struck down with thyroid disease, forcing her to step away from the whole merry-go-round. She set out to heal herself via experiments she shared online; quitting sugar was one such. An early adopter of technologies she developed an engaged online community ahead of the curve. She soon realised a gap in the market for a solution to the sugar problem so she created the world’s first consumer quit program, initially as an e-book, then as an online product.

Sarah’s a hyper-vigilant researcher and liaised with international biology and endocrinal experts to develop the most effective techniques for breaking fructose addiction. Some of the nascent science she surfaced has since informed the WHO’s nutritional guidelines and Sarah is regarded as an international pioneer in the realm. Her 8-Week Program was the world’s leading consumer sugar-quitting program, completed by 1.5 million people in 113 countries, before she closed it in March 2018. She then gave all profits to charity.

Sarah’s I Quit Sugar series of books (15 titles) sell in 46 countries, the first becoming a New York Times bestseller and winning the ABIA publishing award in 2014. She ranks as one of the top 200 most influential authors in the world (2017 and 2018), based on web and international book scan algorithms, and in Greatist's 100 most influential health experts in 2015. She was the winner of the EY Entrepreneur of the year 2017 Regional Award.

Sarah is an experienced keynote speaker, MC and host.

How To Run a Business and a Life Based on Values
Sarah has studied the best wellness, productivity and simple living advice. She draws on lessons learned from meeting the Dalai Lama, Oprahs life coach, Brene Brown, Sir Richard Branson and many more to guide corporates and entrepreneurs wishing to foster an impactful and meaningful career. She parlays the advice she has learned in her experience running Australias largest digital wellness business and then shutting it, donating all profits to charity.
Making The Beast Beautiful
A nuanced and deep conversation that recasts anxiety as a philosophical and creative experience. In this presentation, Sarah draws on her own experience living with bipolar disorder, and the research and experiences she encountered over 7 years creating her New York Times bestseller, First, we make the beast beautiful.
The Future of Wellness
Sarah shows audiences trends and developments backed by legitimate science and personally explored over 10 years of extensive research into obesity, the role of sugar, and mental health, drawing on her work with the National Geographics Blue Zones longevity project. 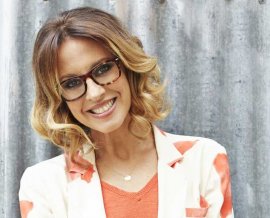