Making waves in the field of IT and law

Richard Susskind is an author, speaker and adviser, having presented his findings on technology and the future to major professional firms and governments.

Richard has worked in legal technology for over three decades, with a passion on the area of the future of professional services. His main focus revolves around the ways technology and IT are changing how lawyers work and the implications for career development.

In 2011, Richard became President of the Society for Computers and Law. He also became the Chairman of the Advisory Board of the Oxford Internet Institute.

Making waves in the field of IT and law, Richard has been an adviser to the Lord Chief Justice of England and Wales for over 20 years.

As an author, Richard has both written and edited a number of books, including ‘The End of Lawyers? Rethinking the Nature of Legal Services’, ‘Tomorrow’s Lawyers’, and ‘The Future of the Professions: How Technology Will Transform the Work of Human Experts’. 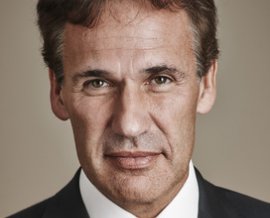