As a futurist, author, speaker, radio host and CEO, there isn't much Brett King hasn't done. Focussed on improving business and preventing disruption, he is a terrific addition to a variety of events and teaches his audience important skills that will improve their business and personal lives.

Aside from advising the Obama administration on the Future of Banking, he has spoken to a variety of companies on the topic of future across 50 countires over the past three years.

Focussing on how technology disrupts business, changing behaviours and influencing society, Brett has spoken at a wide range of events including fronting TED conferences, Keynote presentations for Wired,  Singularity University’s Exponential Finance, The Economist, SIBOS as well as many more.

His voice and advice can also be found on the radio as he appears as a commentator on CNBC and regularly appears on BBC, ABC, FOX, Bloomberg and more.

Brett is the CEO and Founder of Moven. Moven is a $200m mobile bank start-up with the world's first smart bank account. The app is used across the globe with over a million users.

In 2013, Brett's radio show 'Breaking Banks' began and was the first global show and podcast on FinTech. It has now grown to be the most popular, gaining an audience of over 3.6 million across 140 countries.

Brett King is happy to share his ever-growing knowledge with his audience, giving them useful and meaningful information which can be used in a variety of situations. 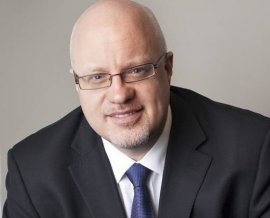