Setting out to change the way we do business, Zachary Fook is a social entrepreneur and co-founder of Australia’s leading ballet school for children with special needs, The Tippy Toe Co.

Zac has also been awarded further accolades, including Sunsuper’s Dreams for a Better World Award and was a recipient of the Paul Compton Scholarship.

With a vision is to enhance the human experience, Zac uses a business mindset to solve some of society’s most pressing issues, including inclusion, positive technology, and an equitable economy.  Zac has previously worked across multiple industries and sectors, including banking, consulting, not-for-profit, hospitality and technology.

In 2013, Zac found his calling as a community leader. He co-founded Active Eight while completing a course in Social Entrepreneurship at the University of Queensland. It was Australia’s first ballet school for children with disabilities and has since grown to become one of Queensland’s most sought-after multi-disciplinary pediatric practices. Active Eight provides over 15,000 appointments annually and has over 45 staff. Through Active Eight, Zac collaborates with philanthropists, impact, and corporate giving funds, including Allens Linklaters, Clayton Utz, Sunsuper, Courier Mail Children’s Fund, and Brisbane Airport Corporation.

Having spoken in front of many audiences, Zac is regularly sought-after by high schools, universities, and youth conferences to talk about social entrepreneurship, philanthropy, and community development. He has also delivered a TED Talk in partnership with the University of Queensland and has been featured by the Today Show, Sunday Mail, Channel 9 and Channel 10. In addition, Zac is the face and voice of UQ’s Create Change campaign.

In his spare time, Zac enjoys golf and trail running before starting his workday. For the past two years, he has gotten up every morning at 5 am to walk his two miniature dachshunds.

Zac has dedicated his life’s work to building inclusive communities and helping children with disabilities reach their full potential. 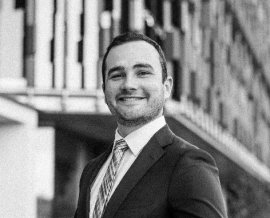