Rob Gell is a geographer and specifically a coastal geomorphologist, specialising in the environmental processes that continually shape our coastlines. As such, he has an expert understanding of the Victorian coastline and its formation. Rob works as an environmental and communications consultant and is an Executive Director and Founder of ReThink Sustainability Pty Ltd.

ReThink Sustainability Pty Ltd now consolidates Rob’s business activities with a focus on business strategy and sustainable development project design, communications and marketing, and responds to the need for business to be informed about new issues and actively develop new development plans and programs to ensure an understanding of changing markets, the emerging green economy and the need for a positive and accountable contribution on behalf of shareholders and stakeholders alike.

In previous roles, Rob has been the national President of Greening Australia Limited, Chairman of the Mornington Peninsula and Westernport Biosphere Reserve Foundation Ltd. and a member of the Victorian Coastal Council. Rob is a Fellow of the Royal Geographical Society and an Inaugural Fellow of the Environment Institute of Australia and New Zealand. He was Environment Ambassador to the Melbourne 2006 Commonwealth Games. Rob has been a local government councillor and was a councillor of the Australian Conservation Foundation through the 1990s. He is a published author and photographer.

He is also the Patron of the Geography Teachers Association of Victoria, Wildlife Victoria and Life Education Victoria. He is a Life Ambassador for Australia Day for the State of Victoria.

In 1979 Rob Gell’s Four Day Forecast revolutionised the way television weather information was presented. For twenty-five years he brought innovation, information, credibility, and authority to television news introducing satellite image sequences, integrated pressure analyses and explanation and accountability rather than simply a presentation of Weather Bureau forecasts by a personality. He presented on National Nine News for sixteen years from 1988 and previously on Eyewitness News. Rob has also been a weather presenter for Seven News, and was one of the few Australian weather presenters on free-to-air television with a degree in science.

Rob Gell is a uniquely qualified individual who has the respect of government, business, environmental groups and the community for his approach to sustainable development. Importantly he is also an excellent communicator who can get the message across.

On Australia Day 2014 he was made a Member (AM) in the General Division of the Order of Australia for significant service to conservation, to the protection of coastal and marine environments, and to the community. 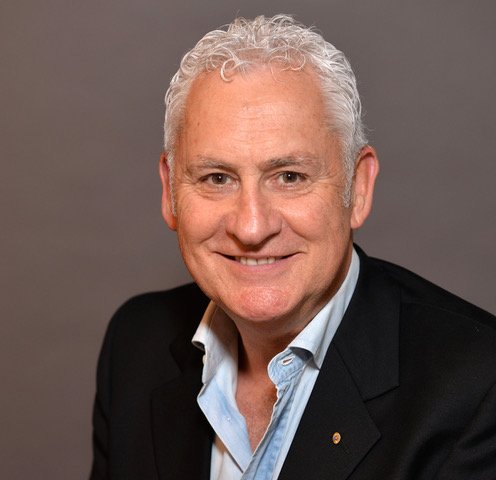