A non-stop campaigner and advocate for child protection

Determined and passionate are words that describe Hetty Johnston to a tee, and her campaigning to put an end to paedophilia and child sexual assault, saw her found and chair Bravehearts Foundation Ltd.

In 1997, Hetty established Bravehearts and set a goal to make Australia the safest place in the world to raise a child by 2020. She also works with Australian government and non-government agencies on legislative reform, submissions, lobbying, political accountability and research to improve child protection.

Hetty has received multiple acclamations as recognition of her work. In 2014, she was awarded a Member of the Order of Australia (AM). A year later she was inducted into Logan’s Wall of Acclaim and was Queensland’s Australian of the Year. In 2016 she was also inducted into the Australian Businesswomen’s Hall of Fame.

For three years, she chaired the Queensland Child Protection Week Committee and she has also held positions on the boards of the National Association for Prevention of Child Abuse and Neglect and Advocates for Survivors of Child Abuse.

As well as non-stop campaigning, Johnston has also authored her own autobiography titled ‘In the Best Interests of the Child’ and has contributed to many books including ‘Crime on my Mind’ and ‘Women on Top’.

Hetty Johnston is a much sought after speaker and has spoken at Local, State, Federal and International levels including at the International Virtual Global Taskforce Conference held by the Australian Federal Police. 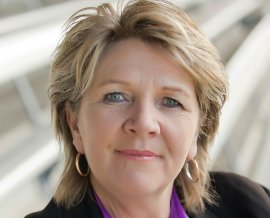