Australia’s eighth Chief Scientist, with a background in engineering and neuroscience

Dr Alan Finkel commenced as Australia’s eighth Chief Scientist on 25 January 2016. Prior to his appointment, he served as President of the Australian Academy of Technology and Engineering (ATSE), and for eight years as Chancellor of Monash University.

As Chief Scientist, Dr Finkel is leading the development of the national hydrogen strategy at the request of the Council of Australian Governments. He also led the 2016 National Research Infrastructure Roadmap, the 2017 Review into the National Electricity Market (“Finkel Review”) and the 2018 STEM Industry Partnership Forum report. He serves as the Deputy Chair of Innovation and Science Australia.

Dr Finkel has an extensive science background as an entrepreneur, engineer, neuroscientist and educator. He was awarded his PhD in electrical engineering from Monash University and worked as a postdoctoral research fellow in neuroscience at the Australian National University.

In 1983 he founded Axon Instruments, a California-based, ASX-listed company that made precision scientific instruments used at pharmaceutical companies and universities for the discovery of new medicines. After Axon was sold in 2004, Dr Finkel became a director of the acquiring company, NASDAQ-listed Molecular Devices.

In 2006, he focused his career in Australia and undertook a wide range of activities. He led the amalgamation that formed the Florey Neuroscience Institutes; he became Chair of the Australian Centre of Excellence for All-Sky Astrophysics (CAASTRO) and was a director of the ASX-listed diagnostics company Cogstate Limited. He was Executive Chair of the educational software company Stile Education, Chair of Manhattan Investment Group, Chief Technology Officer of Better Place Australia and Chair of Speedpanel Australia.

Dr Finkel was the 2016 Victorian of the Year, and received the 2015 IET Mountbatten Medal (UK) and the 2019 IEEE Joseph F. Keithley Award in recognition of his work in advancing the field of scientific instrumentation.

A winner of the Clunies Ross Award for facilitating international neuroscience research, Dr Finkel is committed to science education. He co-founded Cosmos Magazine, which in addition to magazine publishing operates a secondary schools science education program. At ATSE, he led the development and implementation of the STELR program for secondary school science, which has been adopted in more than 600 Australian schools. As Chief Scientist he has led the development of the STARportal information web site for extracurricular STEM activities. 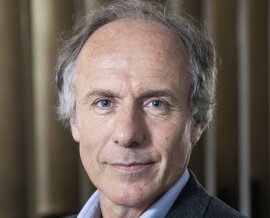