Economist in the Australian financial market for over 25 years

He took a break from the financial markets between July 2009 and December 2011, during which time he worked part-time as Director of the Productivity Growth Program at the Grattan Institute, a ‘think tank’ affiliated with Melbourne University, and as a freelance writer, speaker and consultant.

Saul returned to the financial markets in his current role as Chief Economist of Bank of America Merrill Lynch Australia in December 2011 which he currently holds.

Saul is also a non-executive director of Hydro Tasmania, the largest renewable energy producer in Australia; and a member of the National Housing Supply Council (which produces long-run estimates of the demand for and supply of housing) and the Australian Statistics Advisory Council (the external advisory body to the Australian Bureau of Statistics).

He has also been an occasional contributor to the Melbourne Age, Sydney Morning Herald and Launceston Examiner newspapers, and to a number of professional and other magazines.

Saul has a first class honours degree in Economics from the University of Tasmania, and a Graduate Diploma in Applied Finance and Investment from the Securities Institute of Australia. He has also completed the Senior Executive Program at Columbia University’s Graduate School of Business in New York. 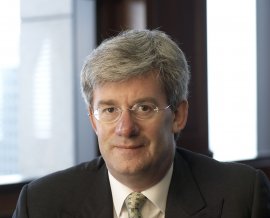