Channel Nine's commentator for the Today Show and Sunday Programs

Ross Greenwood’s credentials reflects his standing as one of Australia’s leading economists. He is the finance editor and co-host of the Sunday program and doubles as the finance reporter the Today Show, both on the Nine Network. He is also host of the very popular and high rating nightly radio program, Money News, on 2GB.

Previously Ross was host of Ch 9’s leading and highly respected current affairs shows Sunday and Business Sunday. Prior to joining 9, Ross was editor-in-chief of the UK publication Shares and also its website moneyam.com.

Whilst in the UK, he was a well recognised media analyst on BBC Television and Radio, CNN, Sky News and Bloomberg. He was a regular co-host of BBC Radio Five Live’s main business program, Wake Up To Money.

Back in Australia, Ross was editor of BRW, Personal Investor Magazine (1986-1997) and highly respected The Age’s Money section, all as editor. He was also established Shares magazine in Australia and was founding editor.

In the finance and investment industry, Ross was previously one of the directors of WAM Capital and he was also the investment chairman of the Super Fund for media, entertainment and arts professionals, JUST Super, which is now Media Super. While with the super fund, Ross was awarded the highly respected Trustee of the Year by the Australian Institute of Superannuation Trustees.

With his immense knowledge of all things related to finance and economics along with current affairs, Ross is a highly respected MC/host, facilitator and very popular keynote speaker. 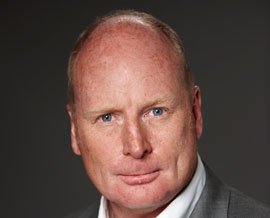