Paul Clitheroe, Director of Money Magazine, is best known for his affable, chatty manner and his no-jargon financial advice. Paul Clitheroe has been speaking and delivering keynote addresses at hundreds of conferences in both nationally and internationally for almost 30 years. He provides solid and practical financial advice that explains complex financial issues in a way that is accessible to the average person.

Paul’s recipe for successful leadership is disarmingly simple. He believes that there are no short cuts and that hard work is the best tool in finding success. He has a strong position on professional and corporate ethics and believes that what goes around, comes around – usually if it sounds too good to be true, its odds on that it is. Paul is certainly proud of his achievements in so far is he is now able to spend more time with his family and support their collective goals for the future. Paul is a highly entertaining, welknown Australian with a simple and clear message of – work hard, do the right thing, help others when you can and be resilient - a salient message for us all.

Although mainly known to most Australians through his numerous television appearances providing advice to mums and dads about financial management tips and tricks, Paul Clitheroe is a highly successful businessman in his own right, which has afforded him new opportunities to extend his leadership influence and views into the public and financial policy arena. Paul Clitheroe now holds a position as a Director of ipac Securities and involves himself with a number of philanthropic and community causes including public literacy, anti drink driving and the arts. He is also a successful author as well as television presenter. His books, 'Money', 'More Money', and 'Making Money' sold over 300,000 copies

This group has played a significant role in raising the awareness of educating our kids to be able to make smart decisions with their money. 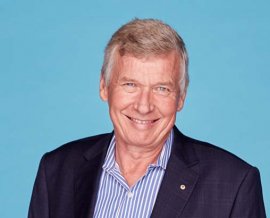