After almost 40 years as an economics lecturer, Professor Neville Norman has seen plenty of booms and busts. He is lecturer at the University of Melbourne and past president of the Economic Society of Australia. Norman doesn't claim to have forecast the global financial crisis (although he did personally switch from equities to cash in 2007) but he has been more accurate than many in forecasting the economic rollercoaster since. He is also critical of much of the media's reporting of economic issues.

Neville has delivered over 6,000 addresses to finance, industry and business groups in Australia and over 40 other countries   He graduated from The University of Melbourne with a Bachelor of Commerce (First Class honours) in 1967 before going on to obtain a Master of Arts (first class honours, also from Melbourne), in 1969.  In 1973 he received his PhD from Cambridge University.

While at Cambridge Neville was supervisor in international economics and microeconomic theory and was a class master in economic statistics and research associate in the Department of Applied Economics. Neville joined the Department as a Lecturer in 1973, was promoted to senior lecturer in 1976 and Reader in 1984.  He is involved with Media Economic Commentaries, the Business Council Economics Committee, the Committee for Economic Development of Australia and the General Motors Australian Advisory Council. He is a member of the Editorial Board of the Competition and Consumer Law Journal and and is a past President of the Economic Society of Australia and Summer School Professor at the University of los Andes in Bogota, Colombia. 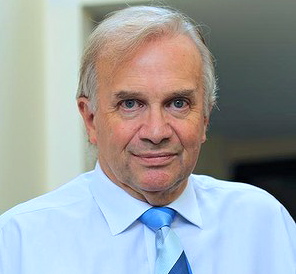