Jason Ball is the 2017 Young Australian of the Year for Victoria, honouring his work as a passionate community advocate for LGBTIQ equality and mental health.

Since coming out in the national media in 2012, Jason has become a figurehead on combatting homophobia in sport and highlighting the damaging impact of homophobia on the mental health and wellbeing of the LGBTIQ community.

Jason’s advocacy was the driving force behind the AFL’s first Pride Game played between St Kilda and Sydney in 2016, and in 2018 he co-founded Pride Cup Australia, a non-profit organisation that works with all levels of sport to create pride activations and deliver education to increase LGBTIQ visibility and engagement.

Jason has appeared widely in the media including on The Project, Sunrise, The Morning Show, FoxFooty, The Age, The Herald Sun, 774 Melbourne, 3AW, ABC Radio National, SEN, triple j and VICE Magazine.

In 2012 Jason was included in The Age’s Top 100 Most Influential Melburnians and was featured among The Advocate’s Top 25 Most Notable Comings Out of 2012. He was named LGBTI Sports Person of the Year in the 2015 GLOBE Community Awards and was a finalist for LGBTI Person of the Year at the same event.

Pop culture and news website Junkee included Jason in ‘The Disruptors’, their list of thirty people “changing the game for young Australia” and Men’s Style Magazine included Jason in their ‘Men of Influence’ list for 2017. Most recently, Jason was presented with the Out Role Model Award for Sport in the 2017 Australian LGBTI Inclusion Awards hosted by Pride In Diversity.

Jason has also been a champion of mental health reform in his role as government relations officer for the Young and Well Cooperative Research Centre where he has been at the coalface of change, harnessing new technologies to support children, teens and young adults struggling with mental ill health. He regularly visited Canberra in this role, working with politicians from all sides of politics to invest more in this chronically under-funded sector.

In 2016 and 2019 Jason stood as a candidate for the Greens in the Federal seat of Higgins, where he campaigned for strong action on climate change, compassion for people seeking assylum and LGBTIQ equality. 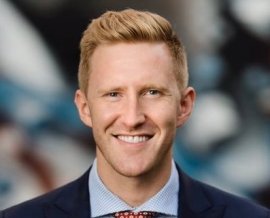