An ideal host, MC and speaker for any event

Known best for starting controversy and sharing his unfiltered opinion, Steve Price is a strong believer in talking honestly about news and current events as a way of shaping society.

From 1987-2002, Price presented the number one rating drive program for Melbourne’s 3AW before joining the morning program in Sydney’s 2UE. In 2010 he joined new talkback radio station Melbourne Talk Radio (3MTR) Breakfast as a presenter and assisted with programming strategy.

Aside from radio, he has also appeared frequently across television. In 2012 he joined the team at 2GB with a new nightly program titled Nights with Steve Price which reviewed the daily news and current affairs as well as breaking news. He also appears on Network Ten’s The Project every Monday night as a guest panellist.

After starring on the 2017 season of Network Ten’s ‘I’m A Celebrity…Get Me Out Of Here’, Steve worked hard to raise awareness and funds for his chosen charity Carrie’s Beanies 4 Brain Cancer.

Steve Price is the perfect host, MC or commentator for any event and will bring his wide array of knowledge and extensive experience to every presentation. 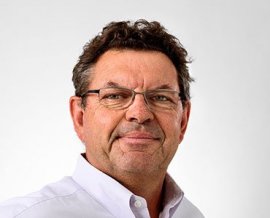