Former Chief Commissioner of Victoria Police, Ms Christine Nixon was appointed in February 2009 to chair the Victorian Bushfire Reconstruction and Recovery Authority and tasked with the oversight and coordination of the largest recovery and rebuilding program Victoria has ever faced.

In August 2010 – 2011, Christine was the Victorian Government’s Advisor on Bushfire Reconstruction and Recovery, a voluntary role. She remains a member of the Victorian Bushfire Appeal Fund panel.

Christine was the 19th Chief Commissioner of Victoria Police, the first woman to become a police commissioner in Australia. She led 14,000 staff, operating across more than 500 locations and oversaw an annual budget of $1.7 billion.

She was a police officer for over thirty years and prior to becoming Chief Commissioner of Victoria Police she had an extensive career in the New South Wales Police Force, attaining the rank of Assistant Commissioner. Leading the Human Resource Command and three operation Regions.

Christine Nixon is a highly skilled and experienced communicator. In her various roles, Christine has conducted countless interviews on radio and television, and has spoken extensively on major social and justice issues.

Christine is well qualified to speak on a wide variety of topics to audiences across the spectrum of age, experience and disciplines. Succeeding in a man's world, leadership, teamwork, resilience, and women in business are some of the themes of Christine's public speaking engagements.

Christine has appeared on television many times over the years. Programmes have included Australian Story, One on One, Q&A and Compass. Recently Christine was interviewed for Bottom Line, a series of interviews with prominent people. 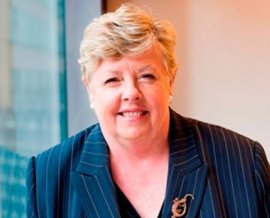