Currently appearing on “Whose Line is it Anyway”, Tom Walker is wowing audiences with his quick wit and quirky intellect.

Tom is a trained clown – and he has the framed qualification to prove it! Graduating from the prestigious clown and acting school École Philippe Gaulier in 2015, Walker had received tutelage in acting and comedy.  His famous alumni include Emma Thompson and Sacha Baron Cohen.  From there, Tom has crashed the world of comedy, quickly infiltrating the ranks to become a recognised face and name.

Winning the Melbourne International Comedy Festival Best Newcomer Award in 2016 with his comedic debut, Beep Boop. His critically acclaimed feast of physical comedy, left audiences in fits of raucous laughter. He was also part of Zanzoop, a hilarious trio with a ridiculously funny show that won the Director’s Choice Award.  Walker went on to tour both shows nationally in Melbourne, Sydney and Perth and internationally in the Edinburgh Fringe Festival and the Soho Theatre in Melbourne.

Tom will leave your audience hysterically begging for more. 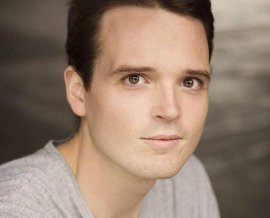