Tom Gleeson is one of Australia's favourite comedians. Besides his many TV appearances, he’s been nominated for a Helpmann Award twice and won the Piece of Wood Comedian’s Choice Award in the Melbourne International Comedy Festival.

He has performed several times at all three major comedy festivals in Melbourne, Edinburgh and Montreal, as well as the invite-only Kilkenny Comedy Festival in Ireland. Oh yeah, and the biggest stand up on the planet Louis CK chose Tom to be his support act for his Australian tour. He is the comedian comedians watch.

Tom has performed at the Sydney Opera House, every capital city in Australia, London, Dublin, New York, Los Angeles, Singapore, Hong Kong, Jakarta as well as entertaining the troops in Iraq and Afghanistan. He was also selected to perform yearly as part of the Melbourne Comedy Festival Roadshow from 2001 – 2007.

Not content with conquering stand-up, Tom has also published a book, Playing Poker with the SAS: A Comedy Tour of Iraq and Afghanistan. This follows up his story The Italian Job. It appears in Take Me With You a collection of tales of long distance love edited by Sarah MacDonald for Random House. 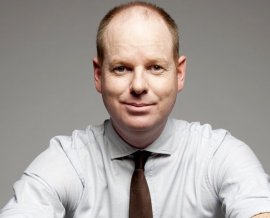