Comedy with power is what this man is!

Comedy with power is what this man is! Tim has successfully traversed the comedy world, leaping from sell out shows at the Melbourne International Comedy Festival to hosting top rating radio breakfast shows.

His vitality and reliability to please any crowd, any time, led him to being one of the original creative forces behind Channel Ten's legendary Comedy Company, the television show which more than any other raised mass public awareness of new wave comedy. Over the years Tim has been apart of "The Flying Doctors", "Neighbours", Peter McCarthy's travel programs for U.K.'s Channel Four. Tim was writer/performer for Wendy Harmer's ABC TV series In Harmer's Way, Channel 7’s Tonight Live, he claimed one of those coveted seats on Channel 10’s national television program ‘The Panel’ and is a favourite regular on Channel 9’s top rating show ‘20 to 1’. He has also been a regular presenter on Channel 10’s Motorsport, covering live events around Australia.

Tim has a strong history in radio and over the past 20 years has been involved in no.1 rating shows such as The Richard Stubbs Breakfast Show and Timbo & Bedder’s. He created and co-hosted The Cage for the drive and breakfast shifts on Triple M and created the Saturday morning show The Dead Set Legends followed by a couple of years as co-host for ‘Tracy and Tim for Breakfast’ on MIX 101 FM. His full time involvement from 1993 to 2005 with Triple M in it’s prime, established Tim as one of the mainstays on FM radio.

Tim known for his unique blend of story-telling, stand-up and physical humour has established himself as one of the most prominent stand up comedians in Australian new wave comedy. He has entertained audiences in virtually every town in Australia - from capital cities through to the most regional back block.

Tim and the Empty Pockets have been a sell out over recent seasons at the Melbourne International Comedy Festival with their sketch show “Born Free”. Tim has also performed in major London comedy venues and throughout the United States. Tim has worked in Australia with many international artists including Rita Rudner, Ben Elton, Julian Clary, Steven Wright and The Amazing Jonathon. Just to add another talent to his repertoire, Tim recently became a pilot, flying around the country solo in between his performing commitments. 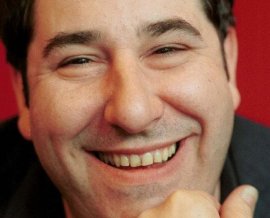