As an actor, comedian, writer and improviser, Susie Youssef knowns how to keep an audience on their toes and entertained. She captures their attention and doesn’t let go until the end of her performance.

Susie has acted in several Australian television shows including Rosehaven, No Activity, How Not To Behave, The Chaser’s Media Circus and The Checkout. In 2014, she played the lead role in the stage production The Boat People, an award-winning play by Hayloft Project.

She also regularly performs stand-up on stage and after a sold-out run at the Sydney Fringe Festival, she made her debut solo performance at the Melbourne and Sydney Comedy Festivals, with her comedy sketch show Sketchual Chocolate. Susie is a regular at the Sydney Comedy Store and the Giant Dwarf Theatre, and has performed nationally at Splendour in the Grass, Secret Garden Festival and Homebake, and internationally at Improvaganza, Dad’s Garage and The Del Close Marathon.

In 2015, Youssef returned to the comedy festival scene with a second solo show titled Owl Eyes On You.

2017 is set to be a big year for Susie as she is currently starring on Foxtel’s The Comedy Channel’s comedy improv show ‘Whose Line Is It Anyway?’, and between March and May she is set to perform her new stand-up show ‘Behave Youssef’ at the Melbourne and Sydney Comedy Festivals. 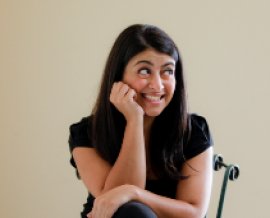