With over three decades as a professional comedian, to say Steve Allison knows his way around a stage is a massive understatement. Ever since kick starting his career as Australia’s youngest comedy juggler at Expo 88, Steve has never looked back.

Steve delivers snappy one liners, hilarious stories and funny home truths, all with a clever, laid back and friendly style of comedy that everybody can relate to. Even the toughest crowd are reduced to tears of laughter.

Years of performing stand up shows in all kind of formats, big shows, huge crowds with famous names, to small groups on a small stage, Steve has done it all with great success. International performances in Vietnam, South Africa, Singapore, Papua New Guinea, Malaysia, Indonesia, New Zealand and is a favourite on cruise ships in the Royal Caribbean, Princess and P&O fleets. All this experience has given him the ability to make anyone laugh.

Having Steve Allison as your comedian, one thing is for sure, your event will be remembered! 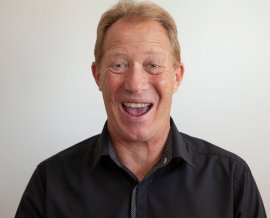