In 2004, Simon returned from the UK after performing at two Edinburgh Fringe Festivals and a 300-gig run across Britain. He went on to do appearances at the NZ International Comedy Festival, where he was named “Best Male Comedian”, as well as awarded the “Reilly Comedy Award”.

Boasting perfect impersonations of Arnold Schwarzenegger, Sylvester Stallone, Bert and Ernie, and Elmo, Simon connects with his audiences through their favourite characters. He is an in-demand MC and voice-over actor for a variety of businesses and organisations. 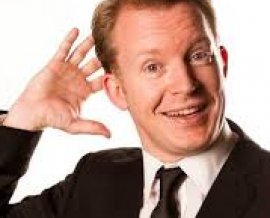