One of Australia's most insightful, and versatile entertainers

Simon Kennedy holds over two decades experience as an international headline comedian, presenter and writer. He is known as one of the nation’s most insightful and entertaining performers.

Having appeared on a variety of programs, including 'The Morning Show', ‘The Project’ and ‘Studio 10’, Simon enjoys entertaining any audience he is in front of.

In 2014, Simon released his book ‘'9/11 AND THE ART OF HAPPINEES', which has since received worldwide acclaim.

Simon is an enthusiastic MC and comedian for any event. He is also a passionate speakers, lending his thoughts and insights to the topics of resilience, happiness, and the art of forgiveness. 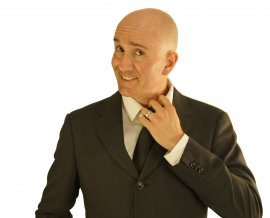