National Winner of the 2009 Deadly Funny competition and the host for a 2012 VIPA Awards, Shiralee has been rocking audiences throughout Australia for the past seven years with hilarious stories and an outrageously funny take on life.

She's survived the Canberra bush fires, lived next to the Tent Embassy's sacred fire and had her front teeth knocked out swinging on a Hill's Hoist (which is about as Aussie as it gets).

Shiralee's solo show at the 2013 Canberra Comedy Festival- the aptly named Shiralee Hood Is All Fired up! - Certainly ignited passions. This seasoned performer is also an accomplished actor, director and radio presenter on 3CR's award winning Beyond The Bars, which produces broadcasts featuring Indigenous voices from inside prison. 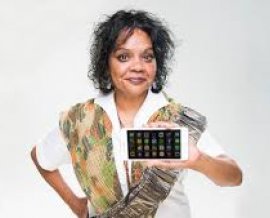