As a versatile performer, Shane Bourne is recognised for his work as a stand-up comedian as well as his performances on ‘Thank God You're Here’ and ‘City Homicide’.

Shane was ten years old when he made his debut premier as a performer on the Happy Hammond Show as 'Shane Bourne and his Miming Prawns'. He went on to appear on The Graham Kennedy Show and The Paul Hogan Show, before cementing his place as one of Australia's favourite comedians on 'Hey Hey It's Saturday'.

As well as being a comedian, Shane is a successful actor, having performed guest roles on 'Cop Shop', 'The Sullivans' and 'Prisoner', as well as 'Are You Being Served' and ‘Bingles’.

Shane’s extensive experience makes him the ideal MC or comedian for any event or function. 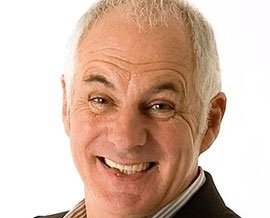