An expert comedian and MC, Sam McCool is in high demand both nationally and internationally.

After appearing on Australia’s Got Talent in 2012, Sam’s fame has catapulted and has seen him perform to sold-out crowds across the globe.

Recently, Sam has co-wrote and acted in the original play “Lighten Up”, starred in a series of online ads for the release of Nokia’s Lumia 930, as well as perform a comedy tour around Asia.

Sam has performed at corporate events, cruise lines, and charities due to his clean comedy acts that are suitable for any audience. With a specialty in accents, voices and witty, lighting-fast interactions, he is an entertaining addition. 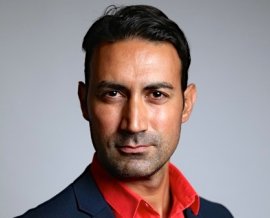