A pioneer of stand-up comedy, Rod Quantock is passionate about all thing’s comedy. Boasting over three decades experience in cabaret, theatre, television, radio, advertising and the corporate sector, Rod engages, amuses and entertains his audience.

Rod continues to evolve and grow his comedic talents. His efforts recognised when he won the Individual Award at the 2004 Sydney Myer Performing Arts Awards.

Performing a variety of shows between 1973 and 1980, Rod has performed at some of the country’s top comedy venues including The Comedy Café & Banana Lounge, Fiobles Theatre Restaurant, The Flying Trapeze Café, The Last Laugh and The Pram Factory. He has entertained audiences with his stand-up show, Bugger The Polar Bears, This is Serious.

As a founding member on the Melbourne International Comedy Festival board, Rod has also worked as a member of the Arts Committee of the Bicentennial BHP Awards For Excellence. 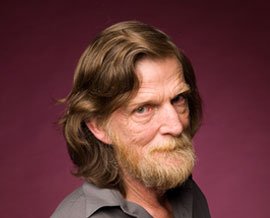