In high demand as a stand up comedian and has headlined in virtually every major venue across the country.

As one of the nation’s top comedians, Peter Helliar came to attention in 1999 after being cast in Rove, Rove McManus’ ill-fated first series on the Nine Network. He has since worked as a comedian, writer and producer within the Australian entertainment industry.

After performing on ‘Rove’, Peter worked on his film ideas, which saw him at the centre of his very own feature film. He has since written, produced, directed and acted in his own shows, including the recent series of ‘How to Stay Married’. 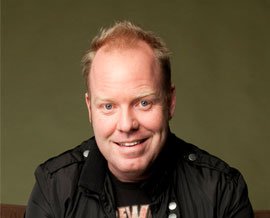