Peter Berner is without doubt one of Australia’s most popular and respected media entertainers, stand-up comics and corporate performers.

Peter started his career as a stand-up comedian in 1988. Since this time he has performed locally and internationally, as well as writing and performing solo comedy shows in festivals in Australia and the UK. His intelligent humour has always set him apart as one performer who can comfortably straddle comedy styles as disparate as satire, observational comedy and reactive comedy with ease leaving audiences in hysterics. His comedy has also proven to translate into the electronic media, with Peter constantly employed on both TV and radio since 2001.

Peter’s major TV Hosting roles have been ‘BackBerner’ and ‘Einstein Factor’ both on ABCTV (all up he has presented more than 300 hours of national television program content!) and he’s been a valued, successful and integral member of Triple M’s talent base nationally since 2000.

The corporate speaking circuit has always kept Peter very busy - he is one of the most recommended and in demand Event MC’s, Conference Facilitators and Corporate Comedians in Australia today – with hundreds of engagements under his belt he is a proven star of this field.

Peter’s versatility is one of his key attributes in the field of corporate speaking - he is equally at home hosting major events, performing comedy spots, facilitating conferences and debating.

For further information on Peter Berner please contact one of Keynote Entertainment’s consultants on 1300 661 904 or info@keynote.net.au and we will be happy to assist you or go to our comedians or Master of Ceremony pages for more ideas. 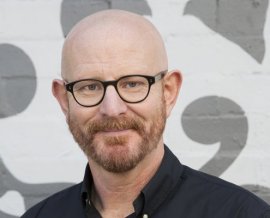