At the forefront of the Australian entertainment industry

At the forefront of the entertainment industry, Paul McDermott is known as the host of ‘Good News Week’ which made him a household name. He holds over a decade as one of the nation’s most popular entertainers, making him extremely versatile and adaptable to any event or function.

As a corporate entertainer, Paul prides himself on being appropriate for his audience. He is known for his hosting skills, as well as his panelling and moderating skills.

Paul is one of the most successful and popular performing artists, with undisputable talents as an event host, comedian, debate participant or moderator and musical performer. 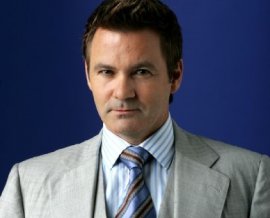