A multi-award winning writer, MC and stand up comedian

Nick is an award-winning writer, MC and stand-up comedian. Nick is best known for his work on The Night Watchmen, The Narrow World of Sports on Fox Sports, The Crowd Goes Wild and The Rock’s Sporting Rumble. Nick spent ten years on radio in the UK where he won multiple Sony Awards. His UK radio career concluded with an Executive Producer role on London’s Heart Breakfast show alongside Emma Bunton (of the Spice Girls) and Jamie Theakston.

Nick has been recognised for his extensive work on TV3’s 7 Days, having been awarded the NZ Comedy Guild Award for Best Comedy MC five times for his role as head writer of over 250 episodes and his frequent role as a guest panellist. In 2019, Nick won the Best Male Comedian category. Nick performed at the Sydney Just for Laughs showcase at The Opera House, and was Rob Brydon, Aziz Ansari and Russell Howard's opening act on their nationwide tours.

Nick is New Zealand’s first comedian to have his album launched in the U.S. on Sirius XM’s Laugh USA; his album reached the No. 4 on the iTunes charts.

Nick is a highly popular corporate MC; his extensive experience, natural charisma and wit place him in constant demand on the corporate circuit. He is an exceedingly engaging and charming entertainer who is as captivating as he is amusing. Nick is available for events as an MC and entertainer now. 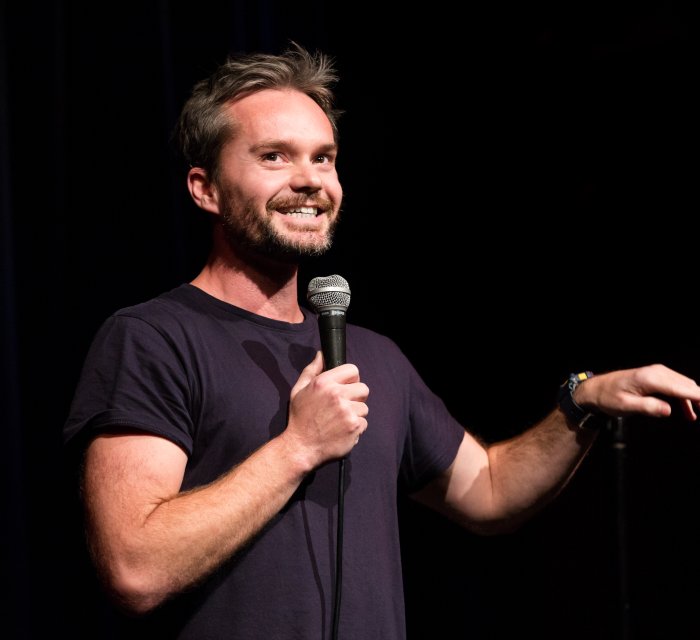