She's been described as having all the moxie of an RSL barmaid and the library card of a research fellow.   In an erudite and earthy manner, Nelly Thomas has emerged to talk about nothing slighter than the trials of her generation...

Nelly is a regular guest on ABC Local Radio and Radio National; often appearing on Rafael Epstein’s News Therapy and Waleed Aly’s What I Learned from the News This Week. Earlier last year she featured on Judith’s Lucy new ABC TV show All Woman and she also writes extensively in the print and online media. In 2012 she published her first book What Women Want as well as a DVD The Talk.

Alongside her normal comedy work, Nelly has forged a stellar careerin comedic health promotion and is highly sought after as a healthpromotion speaker and MC. Her most well-known custom-shows are the No Means No Show and No Smokes, No Joke (as part of Close the Gap) but she also performs at and MC’s conferences, functions and events; often travelling the country delivering key-notes on a range of health and social issues. This work allows her to combine her comedic skills with her deep passion for social justice and health promotion.

Nelly Thomas is the 'Gold Standard' of comedians.  She thrives when tackling the big issues and, as you’ll see from her testimonials, does so respectfully and with great irreverence.

In 2019, Nelly is set to release her third children's book 'Some Brians: A Book Celebrating Neurodiversity', with the aim of raising understanding and educating people about the benfits and joys of neurodiversity.

Department of Premier and Cabinet

Nelly Thomas can work a room effortlessly. She created a spirited, respectful atmosphere with energy and humour. We are so glad we chose Nelly for an event celebrating women's achievements - the energy in the room was palpable and inspiring. Thank you Nelly.

Office of Prevention and Women's Equality 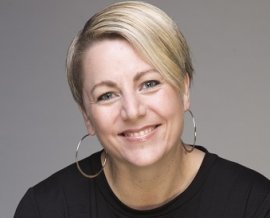