Rising to fame in 2013 as a 19-year-old on YouTube, Neel Kolhatkar received millions of hits on his videos with hard hitting Aussie impressions.

Neel’s insightful observations on media, race and gender combined with his charismatic stage presence and ability to work the crowd has charmed audiences across the globe.  From the Edinburgh Fringe to the New York Comedy Festival, Neel is a comedic force.

On screen credits include ‘No Laughing Matter’, ‘Stand-up at Bella Union’ and ‘20 to 1”.  Neel also produced and starred in a variety of  short films including ‘Modern Educayshun’ which amassed five million views on YouTube. 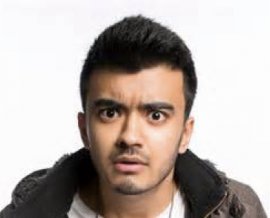