Michelle is a singer, writer, actor and comedian. She has toured Australia and New Zealand with California Dreaming and The Carole King Songbook Tour as well as featuring as a vocalist on Channel 9’s 'The Today Show' and appearing as Lauren on ABC’s 'Utopia'. Michelle is one of the featured comedy creators and performers for Foxtel and Princess Pictures new comedy series 'The Slot' (The Comedy Channel).

Michelle has been lauded for her work with Aunty Donna particularly as Susan in 1999 (Screen Australia) and Aunty Donna The Album. She appeared as Aysha working with Stephen Schwartz in 'Children of Eden' (Melbourne Recital Centre / Magnormos) and is a contributing writer on the ABC Fresh Blood Pilot, 'Why Are You Like This'.

Michelle has written for VICE, SBS Comedy and whimn.com.au. Michele, together with Laura Frew, was nominated for the Golden Gibbo award at the Melbourne International Comedy Festival 2017 and again in 2018 ultimately winning the Director’s Choice award for Double Denim Adventure Show at Melbourne Comedy Festival and taking out Best Newcomer at Sydney Comedy Festival 2018.

Michelle has performed at major music festivals, Splendour in the Grass and Falls Festival, appeared as herself on National Wrap, ABC’s Next Gen and will appear as Gretchen in the feature film, 'The Merger'. 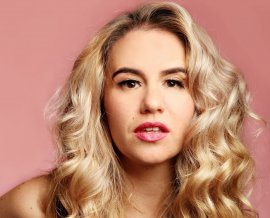