A unique voice within the Australian Comedy scene.

Justin Hamilton has carved out an incredibly successful career as a stand up comedian, writer and director while maintaining his unique voice within the Australian Comedy scene.

In 2010, Justin not only continued his live stand up career, but appeared in the Librarians as the recurring character Biscuit. A regular guest on television and radio has seen Justin expand his popularity and following. Whether it is as co-host of Triple M’s weekend breakfast team Toast alongside Charlie Pickering and Terri Psiakis which Justin did up until 2009, or regular movie reviewer for Perth’s number one rated Mix FM, he has brandished a unique voice in the radio landscape.

Not content with standing still, Justin has allowed his desire to push the boundaries take their full flight at the Melbourne Comedy Festival and beyond. In 2009 year he wrote and starred in “Goodbye Ruby Tuesday” a play that Aussie Theatre Review stated was “...intelligent and surprising storytelling” while the UK based site Chortle claimed it was a “...touching story as warm as it is witty, building delicately to a satisfyingly uplifting conclusion.”

Justin has toured Australia as part of the Melbourne Comedy Festival Roadshow from 2002 to 2012. and has supported Wil Anderson on his national tours from 2006-2012.

Justin’s 2012 show "The Goodbye Guy" was a sell out with rave reviews and was the perfect way to say adieu to his hour solo shows in the Melbourne Comedy Festival for the foreseeable future.

In 2011 Justin started two podcasts, Can You Take This Photo Please which within its first year has been in the top 20 downloads on Australian iTunes, and has seen him interview Rove McManus, Simon Pegg, Marc Maron, Wil Anderson, Judith Lucy, Tony Martin and US comic Dave Anthony. The second is Helliar and Hammo Dig Flicks with Peter Helliar which has included chats with Morgan Spurlock, Mike Mills, Stephen Curry, Steve Carrell, Joel Edgerton, Brendan Cowell and "Red Dog" director Kriv Stenders.

If that wasn’t enough, in 2011 Justin started curating his own comedy night called The Shelf, the comedy room you won’t see on TV with his friend theFabulous Adam Richard. With high profile comedians and friends from all over the country clambering to get on the bill, the success of the first season in 2011 meant that the venue immediately booked a second for 2012 and offers continue to pour in for Justin and Adam to bring The Shelf  to more and more venues both in Victoria and interstate. Guests have included Wil Anderson, Rove McManus, Tony Martin, Deanne Smith, Dave Anthony, Glenn Robbins, Mick Molloy, Dave Hughes, Cal Wilson and Felicity Ward. 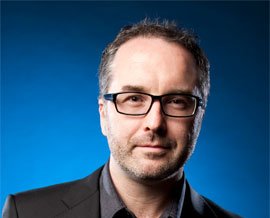